As odd as it may seem, I enjoy the morning ritual of picking up pine cones on our front yard. A year ago, when we moved here, I promised myself that I would never deign to such a level. However, the past year has been one of learning, and since there are 42 pine trees in our front yard, I reached a logical conclusion. The picking up of pine cones has proven to be a joy because I  get to greet walkers, cyclists, and runners as they pass, and sometimes a neighbor stops to  chat and slightly gossip. The work also makes our front yard look better and I have learned another valuable lesson about work. And, as in any act, there are surprises.

I have almost finished Walter Isaacson’s fine biography of Einstein. In reading the book, I  have encountered information that proves difficult, but have also  enjoyed getting “to know” the  man who gave the world so much. Not only was he the great thinker I knew of, but he was a warm, sweet, and charitable human being who enjoyed sailing and playing his violin. He was so great that he more than once admitted that he needed to change his mind. In reading this  book, I have  come to  understand that Einstein did  not accept that the universe is a random creation. He, and the  other great scientist  mentioned in the book such as James Hartle, searched for the formula behind creation. Isaacson quotes Hartle, “Gravity is geometry” and Einstein in “It is  a glorious feeling to  discover the unity of a set of phenomena that seem at first to be completely separate.” These are only two quotations from  great thinkers in the book and which make the book worthy of its time.

I mentioned this current reading because it was  on my mind the  other morning  as I collected pine cones. I would inspect some as I picked them up and was impressed with their order, just as Einstein had stated. However, I came upon a sight that made me laugh. A solitary pine needle had fallen and, instead of lying flat in the grass or on the soil like all the others, had managed to become stuck in the soft soil under the many pine trees, perpendicular to the ground. There it was, a small, brown  flag of  sorts, lifting to the heavens. Three days later it is still there, a sentinel of nature.

Now, I  agree with Einstein about order in the universe. Looking up at the Milky Way should cause any person to accept that there is something more than us. But, I enjoy the random and odd occurrence that comes along once and awhile. Such as a solitary pine needle standing tall in a pine forest. St. Paul writes to “Let all things be done decently and in order,” but sometimes a bit of different is good for the soul. 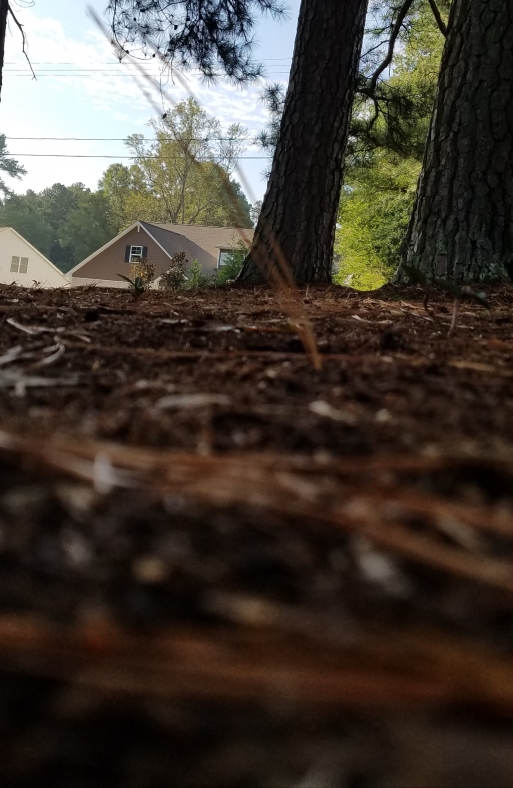